Ten Ingredients for a dream vacation...

The islands of Cape Verde are a unique and unforgettable destination. Blessed by the sun throughout the year, they have in Music and Culture a ritual that is part of the daily life of the inhabitants, while involving the visitor in the incomparable mystique of the Archipelago.

Only 4 hours away from Europe, the country enjoys a privileged location, which combines with the Tranquility of the territory, making this a destination not to be missed. Let yourself be enveloped by the flavors of the delicious local gastronomy and toast to the Morabeza and the Sensuality of this culture.

Venture into the unusual nature and enjoy the security that Cape Verde has to offer you. 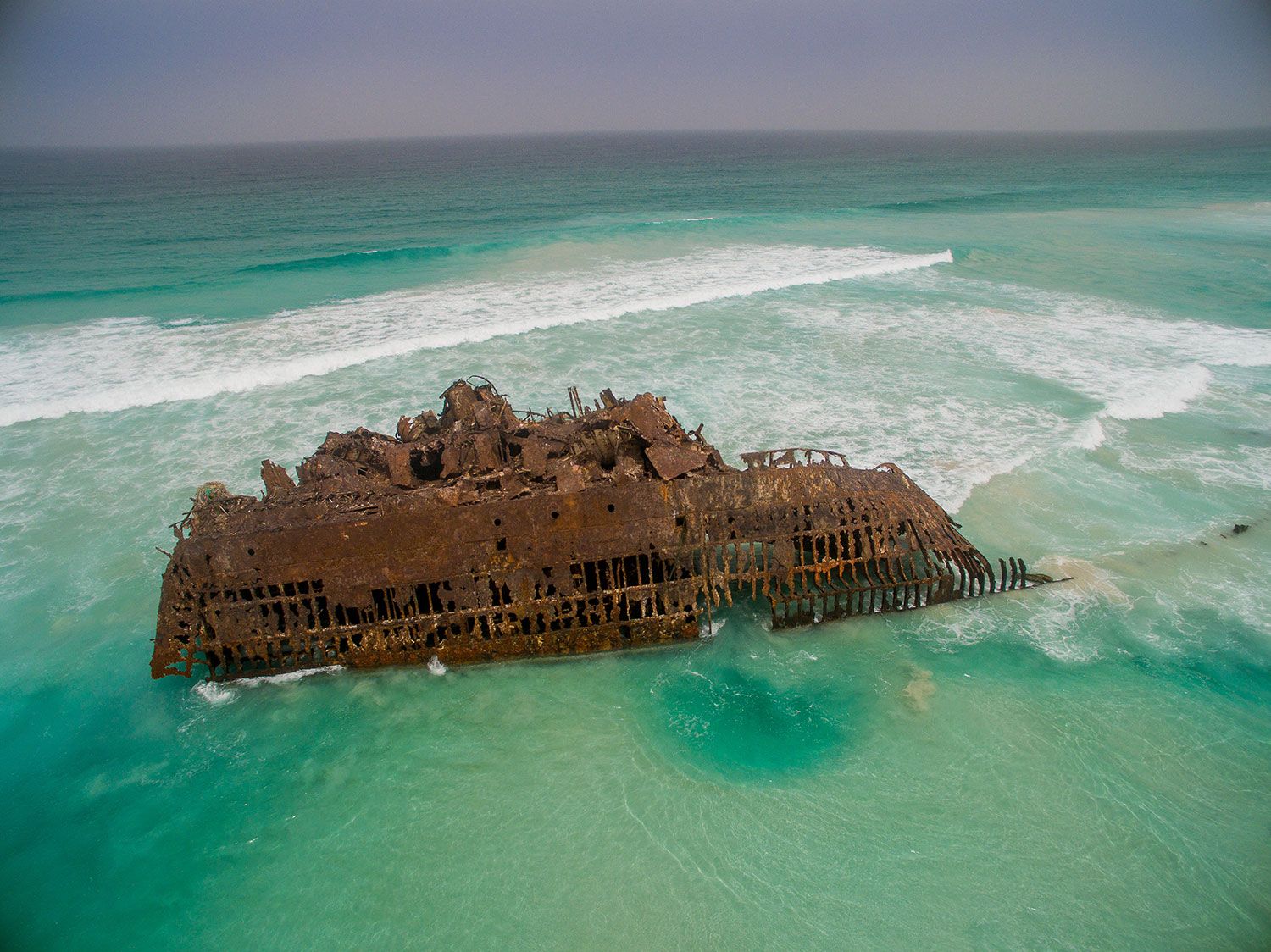 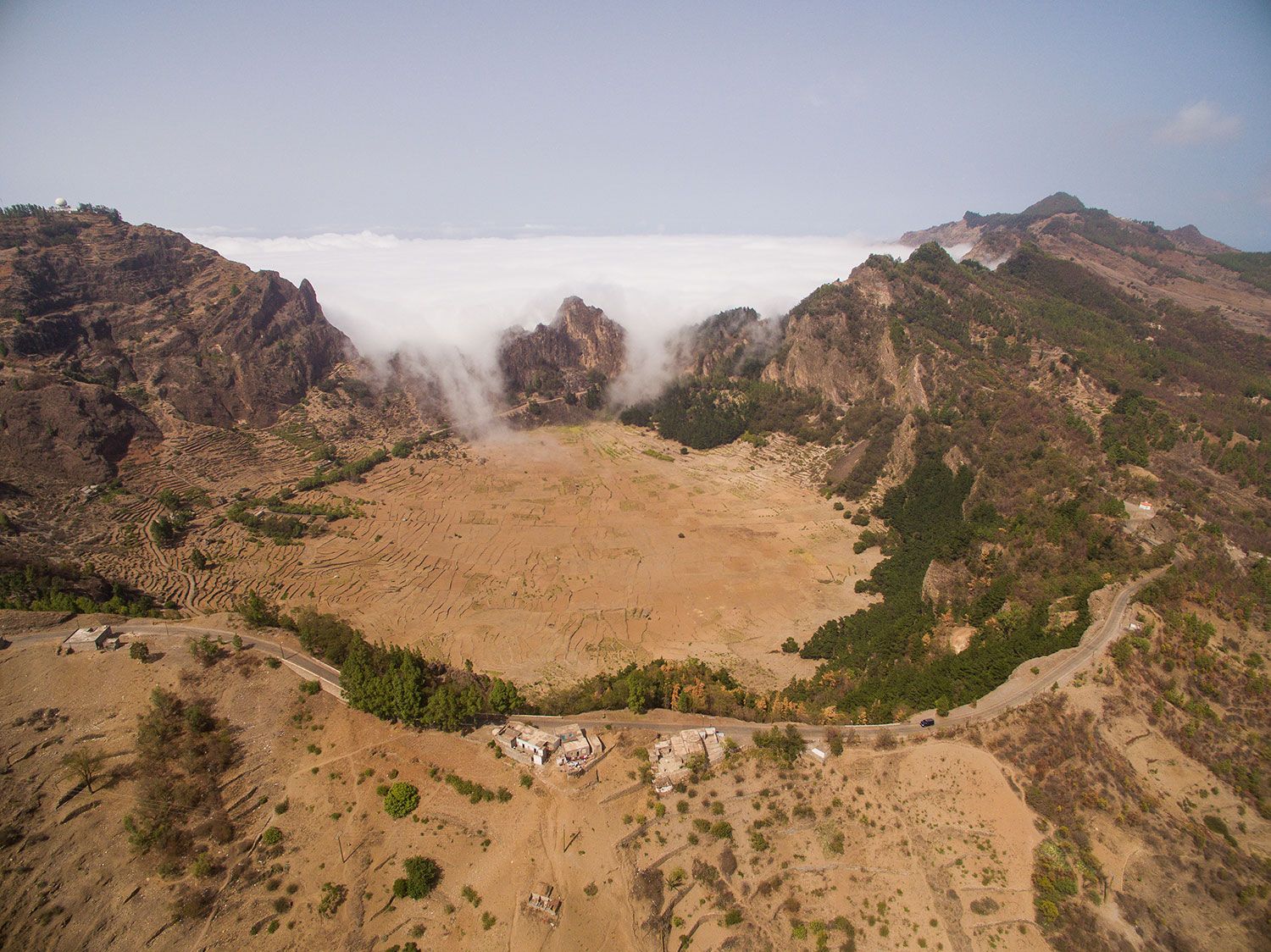 Discover a paradise here so close...

Refugee in the middle of the Atlantic Ocean, the ten islands of Cape Verde benefit from a privileged geographic location between the African, European and American continents.

Located at the same latitude of the Caribbean, the Archipelago is 320 nautical miles off the coast of Senegal and less than 4 hours flight from America and Europe. The country has four international airports, established in the islands of Santiago, Sal, Boa Vista and São Vicente, that offer connections to Africa, America, as well as to the main cities of Europe.

Feel the morabeza ... a unique concept that only feels in Cape Verde

Morabeza is a unique concept that does not translate, can not be explained, simply ... it's felt!

Visiting Cape Verde is to let yourself be enveloped by the spontaneous smile, for the kindness and gentleness of its people.

More than a concept, the morabeza is an attitude towards life, which reflects the natural predisposition of the inhabitants of Cape Verde to receive in a caring and welcoming way, like nowhere else in the world.

Let yourself be smitten by the joy and friendliness of the locals, save a unique experience and the desire to return. 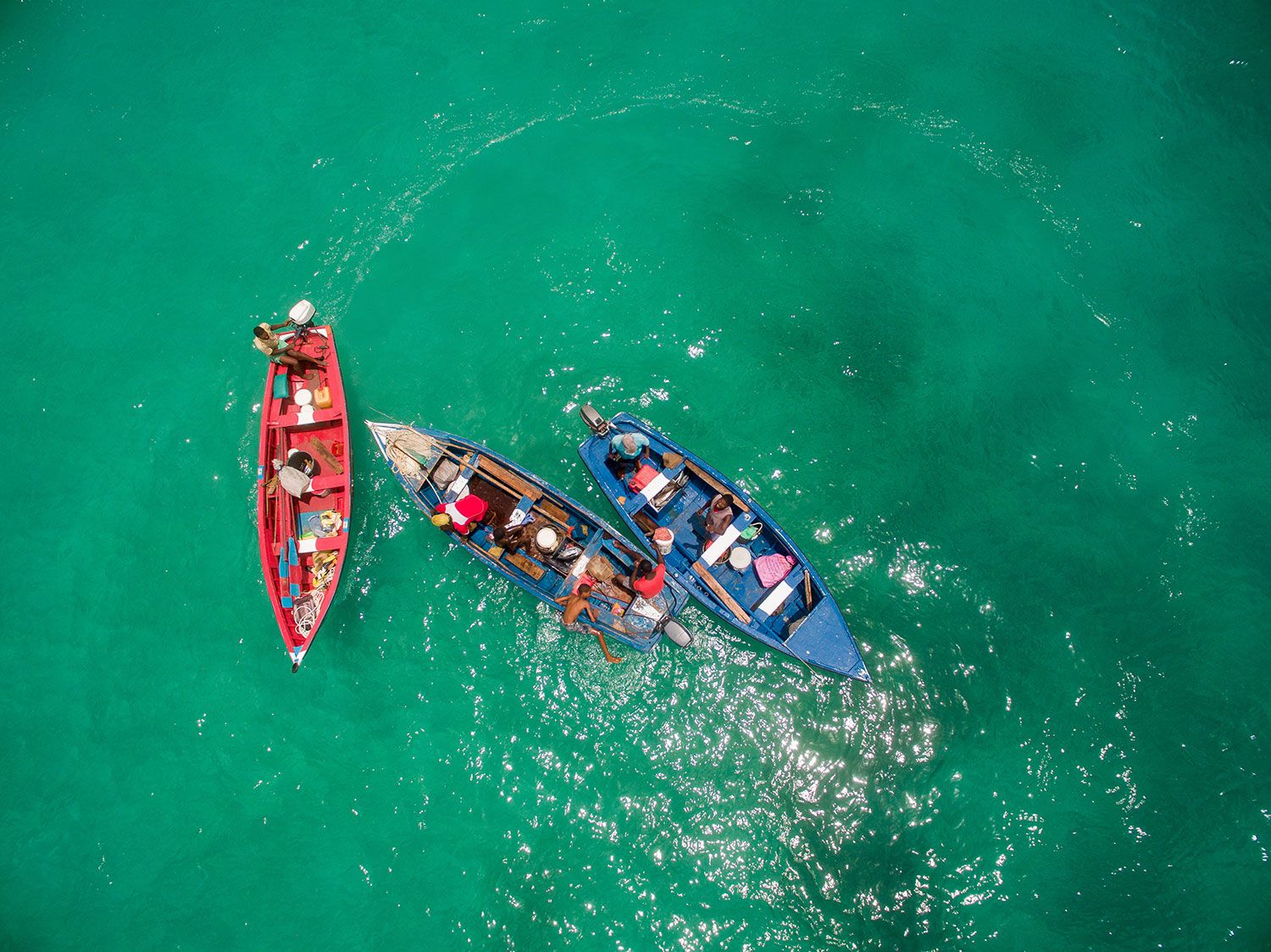 Venture out, contemplate the unusual nature...

Cape Verde is a country of contrasts, where imposing mountains melt into plains to lose sight of, and where the green of the vegetation mingles with the brown of an almost desert landscape.

The highest point of the archipelago is located on the island in Fogo and is one of the ex libris of Cape Verde tourism. The volcano rises to 2829 meters of altitude, and it is on the rugged slopes of the imposing mountain that the incomparable Fogo's wine is grown.

With the exception of the islands of Boavista, Sal and Maio, the Archipelago has a mountainous geography, marked by abrupt cliffs that give rise to pictures of rare beauty. The landscape is composed of several species of flora, being the ""Dragoeiro"" tree one of the most important, given its presence in the territory from a period that preceded its discovery, by Diogo Gomes, in 1456.

There are numerous reserves and natural parks in Cape Verde, some of which are located in areas with difficult access. Among the main species of fauna are the famous ""passarinha"", raven and ""corredeira"", among many other birds that fill the skies of Cape Verde.

The beaches of Cape Verde are also the third most important of the five places in the world of spawning sea turtles, especially the caretta-caretta species. In the summer months, females go to the archipelago's beaches to spawn, a ritual that can be followed by the visitor through organized tours.

The marine fauna is another attraction of the archipelago, making it a unique place to practice diving. In addition to the turtles, other protected species, such as the dolphin or the Bossa whale, can be observed in winter, as well as beautiful coral reefs, habitat of numerous types of fish. 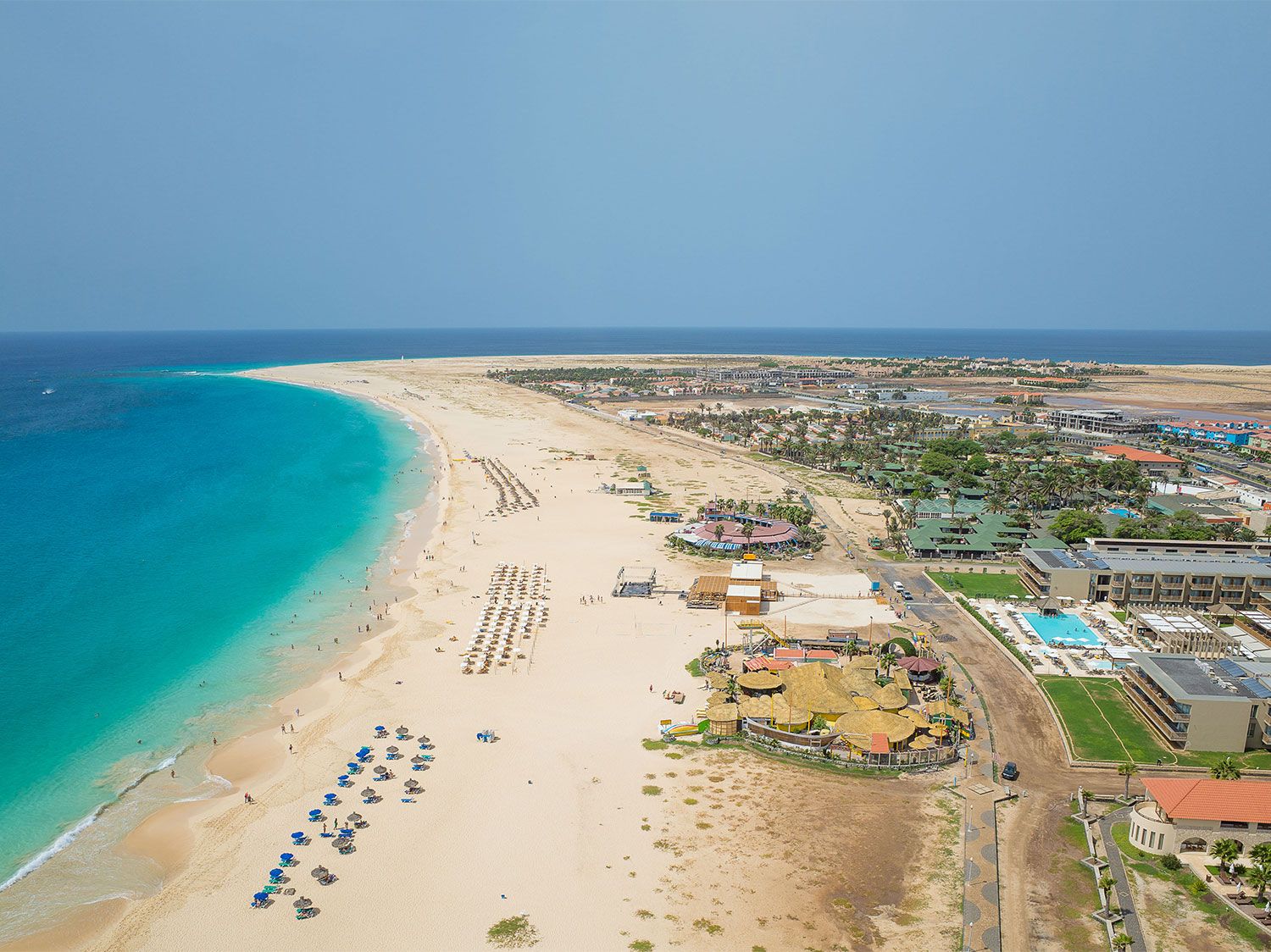 Fall in love with beaches to lose sight of ...

With 55 km of beautiful beaches, fine white sand, and an emerald sea, the island of Boa Vista gathers the largest stretch of beaches of the Archipelago. The island is today one of the main tourist attractions in Cape Verde, thanks to a recent investment in the creation of infrastructure adapted to the needs of the visitor.

The island of Sal is still the most sought after. The irresistible Bay of Santa Maria, with about 4km of white sand and turquoise water, promises you unique experiences for water sports.

The island of Maio is also a place of magnificent beaches deserted in its pure state, tourism makes this a bucolic and quiet place. The beaches of the island invite you to visit a multitude of secret places that perpetuate the romanticism present in each corner. However, the beauty of the beaches of Cape Verde does not end in the islands of the Sun, and almost all the islands have beautiful beaches where the visitor can enjoy the warm waters and unique experiences of the beach that the Archipelago has to offer.

Experience the adrenaline of water sports

The beaches are one of the main tourist products of Cape Verde.

With a constant warm and dry climate, moderated by the trade winds, the archipelago presents mild temperatures throughout the year, offering ideal conditions for practicing nautical sports, from surfing, windsurfing and kitesurfing to diving, fishing and swimming.

The island of Sal offers the visitor exceptional conditions to practice these activities thanks to the constant winds blowing from continental Africa. 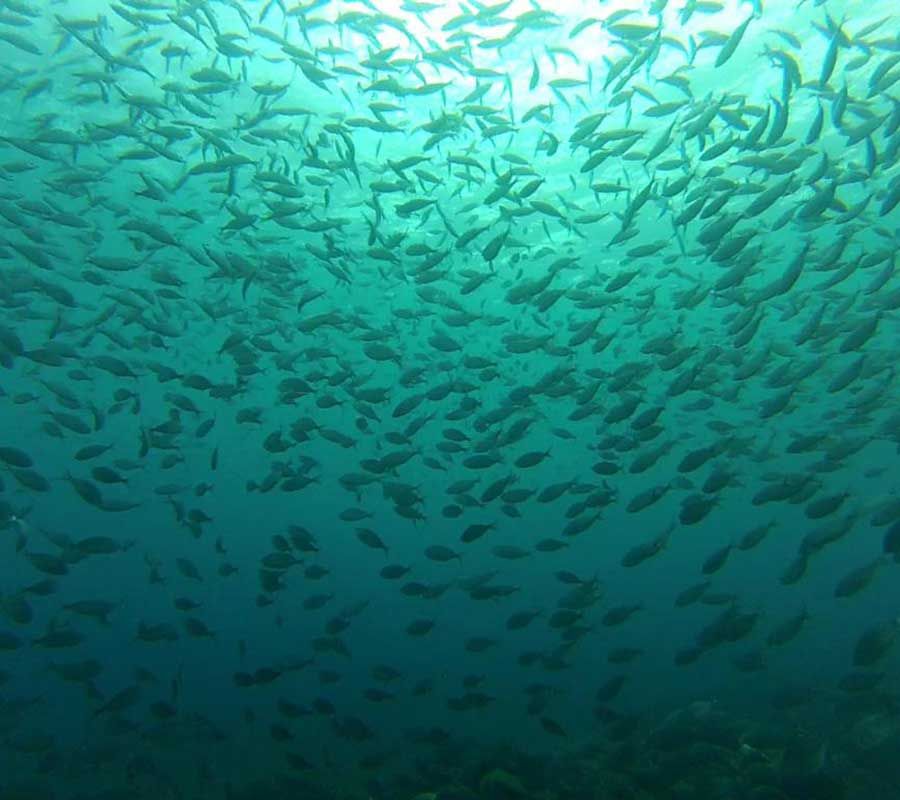 Feel the mystique of Creole culture ... and the magic of music

Language is the richest manifestation of Cape Verdean culture. Creole originated in the first years of settlement of the archipelago, due to the need for understanding between European slaves and settlers, especially Portuguese, hence the Portuguese language served as a lexical basis for the development of Cape Verdean Creole.

Although Creole is the mother tongue of almost the entire population of Cape Verde, Portuguese is still the only official language. However, Creole has become a symbol, which goes beyond language, and has become a social identity. The so-called creoulidade, ended up exerting strong influence in another of the great cultural manifestations of the country: the music.

The development of Caboverdian culture has always revolved around music. Nostalgia, love, joy and sadness served as a basis for the emergence of musical genres and original dances, which express the identity of the people of Cape Verde, and are part of the daily life of the inhabitants. Let yourself be enveloped by the magic of Morna, the Batuque and the Funaná, and re-emerge from this memorable experience. 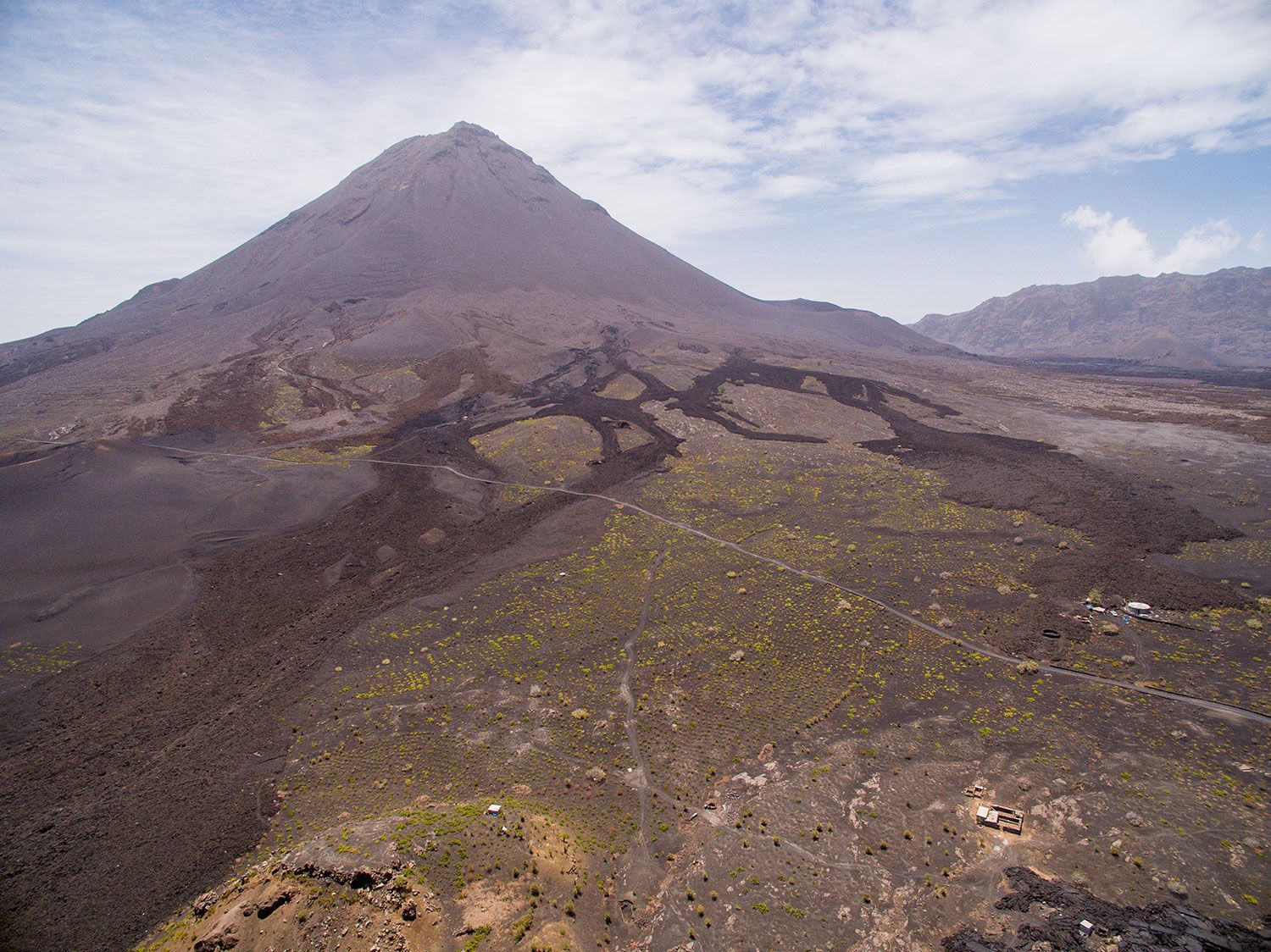 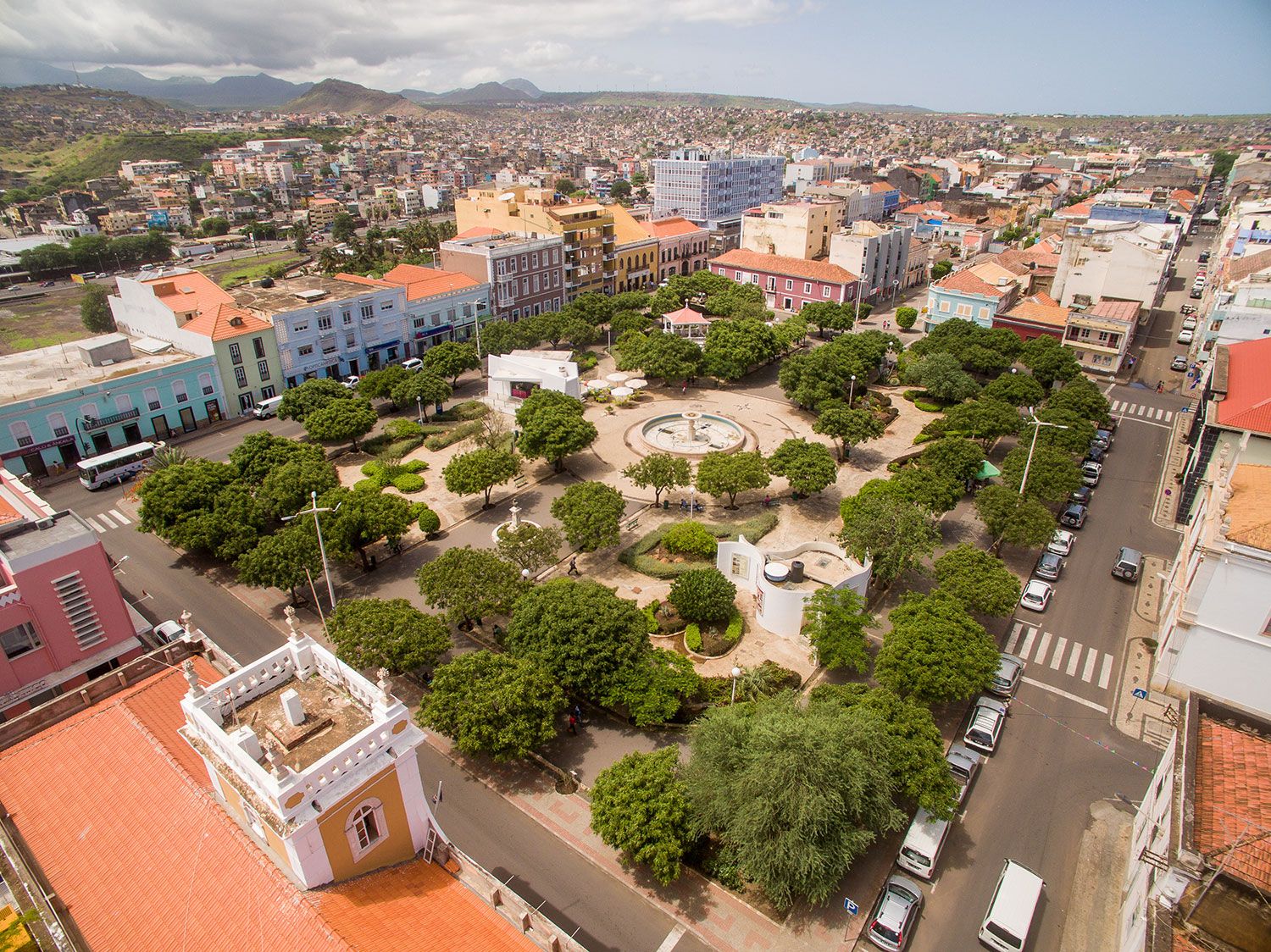 Rich, varied and tasty. This way you can define the cuisine of Cape Verde, which has to offer you numerous dishes, resulting from very different influences that have been coming to the archipelago, throughout the centuries. The great reference of the Cape Verdean gastronomic tradition is in the cachupa, a plate made with fish, corn and beans, sometimes only corn and bacon. With the passing of the years the local way introduces vegetables and meats, which give it a very particular flavor. The flavors of Cape Verde also go through the quality and diversity of fish and shellfish on the islands, which delight visitors. Cheeses and sweets are also part of the country's culinary tradition. The meal is not complete without a good Fogo's wine, or the typical grog, an alcoholic beverage made from the fermentation of sugarcane, ending with the famous and delicious coffee of the island of Fogo.